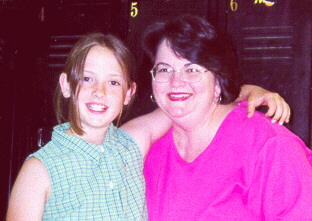 Shortly before I lost all my cool.

It happened one night as I slept.  I had gone to bed a relatively together parent.  Funny, bright, self-assured around my daughter’s friends, fun to talk to, full of information, the mother of a fine 12-year-old daughter.  But when I awoke in the morning, a transformation had taken place.

I looked the same in the bathroom mirror, so I didn’t realize at first what a horrible change had occurred.  But over the next several weeks the full impact of the metamorphosis became clear.  I was now the mother of an adolescent which I’ve come to learn is the middle-aged equivalent of the audio-visual geek in high school.

I’ve lost all verbal ability.  My jokes are met with cold stares.  My friendly remarks to her friends are so heinous and ill-constructed that my daughter gives me the silent director’s “cut” signal with the hand across her throat.  Now I sit silently as I drive them to school.

Heaven forbid that I should be seen in her company.  For I am a total embarrassment.  “Park the car way in the back of the lot, and don’t walk up to meet me.”  “You can come to the field hockey game, but don’t address me, don’t hold an umbrella, and don’t sit in a lawn chair.”  I once drove my daughter and her friends to a school talent show, and when we walked in the door, I was told that I was sitting on the opposite side of the auditorium from the girls.  Who can blame them, for I am a most egregious thing.

I’ve slowly come to accept my new station in life.  At the mall I trail several paces behind Kimber and friend. Head hanging low, I take up my post on a bench while they each spend more money than I would have in a year at their age.  My only words, “yes, dear.”

My company is not wanted.  Sharing a bathroom didn’t use to be a problem.  But now my morning routine is greeted with shrieks to “get out.”  We used to have a conversation in the car, but now she listens to headphones.  We used to watch Nick at Night, now she’s on the internet or talking on the phone.  If she goes away for the weekend, I can hardly tell the difference.  Once I caught a glimpse of my little girl as she emerged from her room, and I shouted “A KIMBER SIGHTING!…WHERE’S MY CAMERA!”

I am a repellent being.  Unable to cook decent food, unworthy to hear about young romance, unsuitable for public display.  My purpose now is to chauffeur and dole out money.

I wonder how long it will be until I am back to my old self.  Four years?  Six years?  I have discovered others like me to commiserate with.  The hunched shoulders and hang dog look help us to identify each other.  Some have made it through to the other side and been restored to their former selves, somewhat older and wiser.

For now I’m beaten down and whipped, with just one question on my mind, “Kimber, why don’t you like me anymore?”