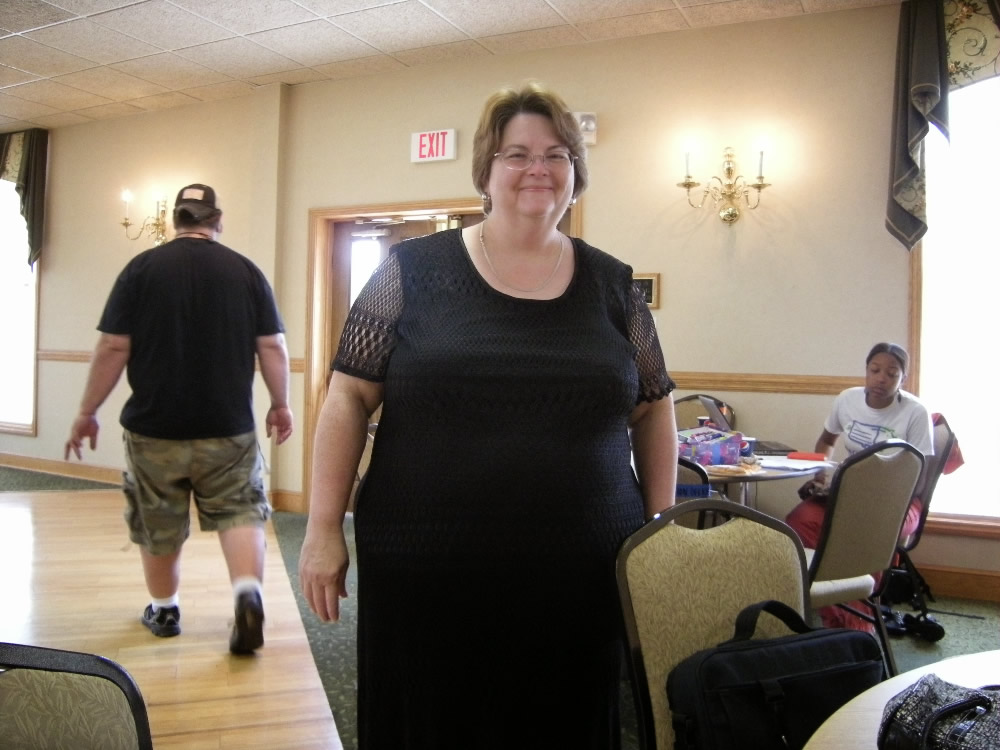 How I Became a Horror Movie Extra

It's a short story really. Last Sunday night my sister sent me an email telling me that an independent movie company was filming a horror movie in Lewistown and they needed extras for a funeral scene. It isn't every day that someone films a movie in Lewistown, PA. It sounded pretty fishy to me. But sure enough, I found it in the local newspaper and on Facebook. What the heck! Sounds like an adventure!

I tried to get my cousin Rhonda to go with me, but she was busy. So I summoned up all my chutzpah, put on my black dress, and went to the Lewistown Country Club where they were filming.

It was a hoot! Took quite a bit longer than I expected at 5 hours, but it was worth it to have bragging rights that I've been in a horror movie!  Hey, you can bet I put on my most mournful and sympathetic face as the camera panned by me. I hope I don't get left on the cutting room floor.

I don't normally watch scary movies, but I'll definitely have to catch this one, and you should to. Check it out.