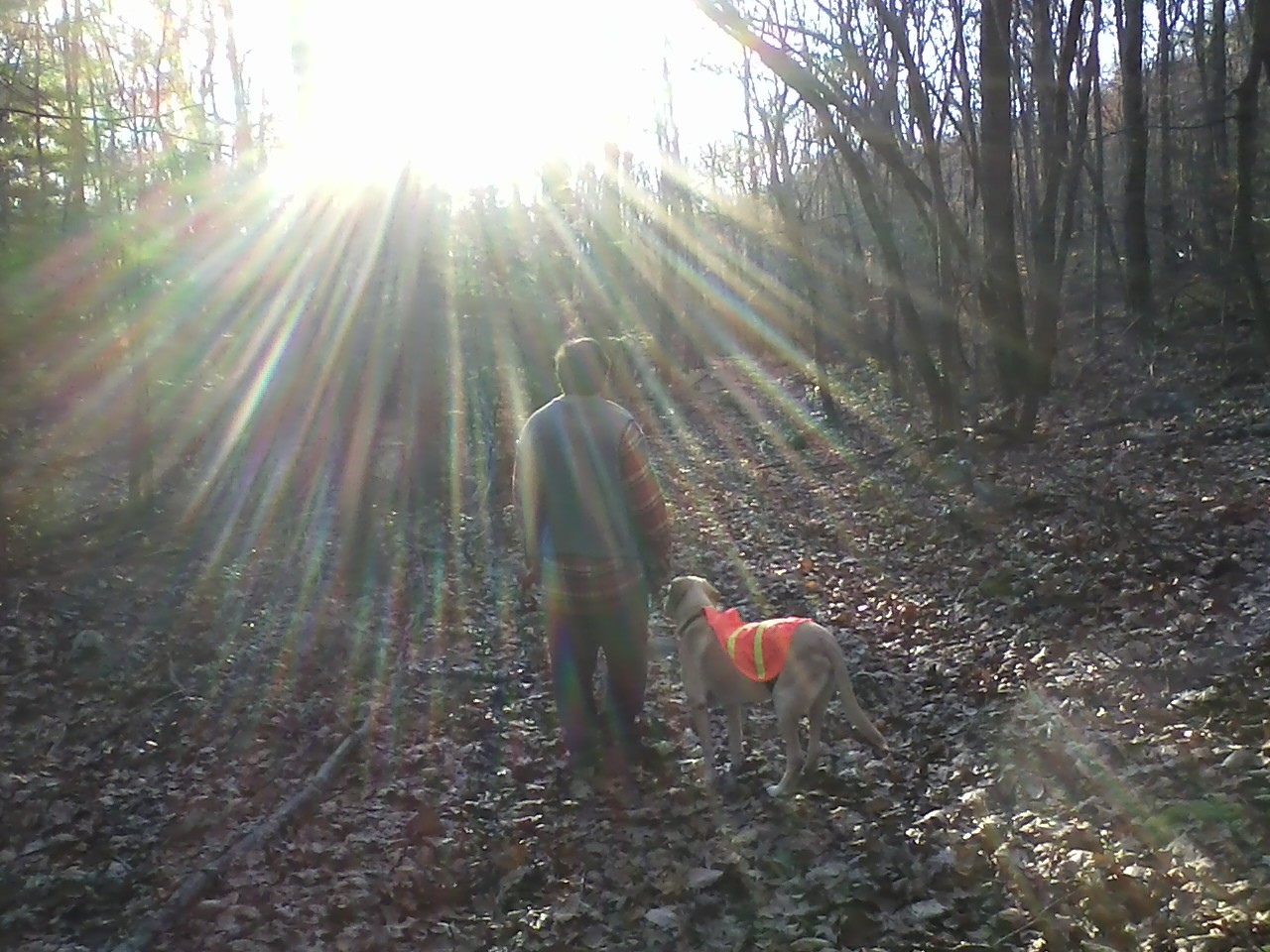 This is my usual view from the back of the pack.

We were out for our Sunday hike today. This had been my longest walk yet, and on the way back down the slope, I boasted, "you notice that I don't whine as much when it's nice and cool like this?" I can never quite make out his response when he's walking ahead of me.

A few minutes later I stepped over a fallen tree, and my front foot slid over the damp leaves causing me to do a split and fall on the log. I was hoping for a little pity, but Don just admonished me to be more careful.

"Honey," I said a little later, "I'll try to get as close to the road as possible before breaking an ankle so the paramedics don't have far to carry me."

Coming to some tricky rocks, I asked if he would hold my hand. Instead he directed me to walk along the right side of the trail. I promptly fell again. Don suggested that my problem was a matter of confidence. I countered that it was more a matter of slippery leaves.

We approached more rocks, and again I asked for assistance. This time he offered a walking stick, which I accepted. There's no whining in hiking.