Day dawned with continued bowel pain, and to make matters worse Nurse Ratchet was back. It slowly dawned on her how miserable I was, and she made some suggestions - more walking or sitting on the toilet might help. But I could not get out of my chair. I simply leaned forward and hoped for the best. I don't remember which came first - the arrival of the gas medication or my first emission. I only know that I would have let go in front of the Queen of England. Within an hour, I felt fine.

After hearing my moans all night, Deb was terrified that the same fate might befall her. I reassured her that my previous roommate did not seem to be similarly tortured. Perhaps she was just tougher.

Later Ratchet tested my blood sugar and it was 80. I asked for some apple juice. "You can't have sugar," she replied. End of discussion, and I was left to figure it out for myself. I could only turn off my insulin pump and hope my sugar did not continue to drop for the next 15 minutes. I was aghast. Later I talked it over with my doctor and we devised a plan of action.

It was discharge day, a fact that amazed me. Poor Deb was getting tossed out on day 2 since she had the misfortune of living nearby. Neither of us felt up to coping at home, but we were not about to argue the point. Don was to pick me up between 9 and 10, the time 2 doctors had given me. If it were any later, he couldn't come, because it would make him late for work.

I started to gather up my stuff as best I could, still attached to the IV poll. I kept checking with Nurse Ratchet. She was always "working on it." Don arrived right on time, but still no discharge activity. It was now 11:30, and still no Ratchet. I would have to get Mom to pick me up.

As Don and I were saying goodbye, Ratchet arrived with the discharge papers, nice as can be, ran through them quickly, and removed the IV. She even threw in an extra abdominal binder to show me she's not all bad.

As the transport person wheeled me to the lobby, I told her the doctor said I could leave between 9 and 10. She laughed. Evidently the docs have no idea what it takes to get a patient out the door. 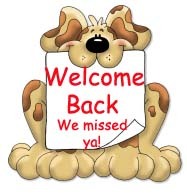 Home again after a ride where I felt every bump. The dog was glad to see me; the cats went outside.

I had immediate health benefits - no more blood pressure medicine, no cholesterol medicine, no insulin pump. I've reduced my daily insulin usage from nearly 200 units in January to only 10-15 today. Soon I should not need any.

I am no longer hungry at all. The new challenge is to take in enough nutrition, and it is not easy.